Day 4 was our last full day in Cuba. We went back to Biky’s for breakfast then headed to the Museo de la Revolucion. It was an interesting to see and read on the development of the revolution. The museum was historic and humble, highlighting the revolution in every way. I was captivated by the approach of the revolution on education and property ownership. While the intentions seemed to be ideal, seeing the aftermath and the present day state of the country, make it nearly impossible for me to advocate for such an approach. You could see some not-so-subtle anti-American propaganda throughout the exhibits. Nevertheless, it was an educational, eye-opening experience. 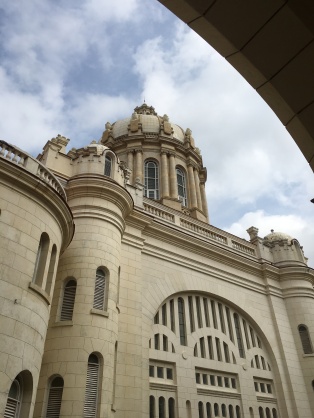 While we were at the museum, I ended up wandering off, as I tend to do when I travel. Sometimes I forget that I’m with other people… Cha and Tommy weren’t too happy when they finally found me… After the museum, we headed to the Casa de Africa, stopped for some more coconut ice cream, headed to the market place to purchase souvenirs and then grabbed our cab to the beach! 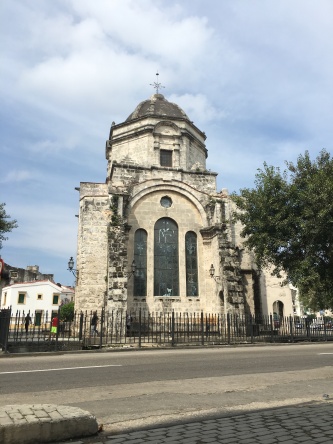 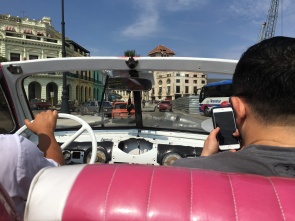 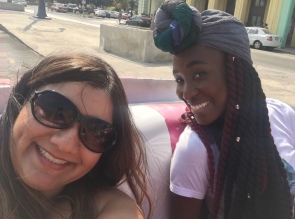 Our cab driver was great! We ended up getting pulled over by a cop on the way. He said we were speeding, but he had no radar. Our driver explained that Cuba operates on a point system. They ticket you and give you points. Once you get about 35 points, they can revoke your license for a varied amount of time. Since driving is a huge source of income, they try to avoid being issued a ticket/points and any cost. The stop took about 10 minutes, then we continued to the beach. As we left the city, the air was super refreshing! Since resources are scarce, Cubans have to use creative ways to keep cars running. There are no government regulations on emissions, so there are tons of fumes in the air. The fresh air was life to my lungs as we headed out of the city.  He took us to Santa Maria del Mar and offered to come back to pick us up for $50. He dropped us off at the perfect spot that had a restaurant on the beach. This was a closer beach that locals usually go to. Since it was February, most locals aren’t ready to hit the beach, so we practically had it all to ourselves. We rented some beach chairs, ate and relaxed for a couple of pleasant hours.

Our cab driver returned as promised and took us back to the house. We rested, showered and got ready to head out to La Fabrica de Arte Cubano. We had heard about this place from Anthony Bourdain’s episode in Cuba. Our hostess had heard about the place, but had never been. She said the some previous house guests had gone and they loved it. She said that more tourists go there than locals, but that it was definitely a great place to visit. When we got there the line was around the corner, but it was going quickly.

The cost to enter was $2 CUC per person. They give you a card to record your drink/food purchases and you cash out when you exit. The fabrica was amazing! It was a little surreal. I felt like I was in an edgy club in the states. The art was modern and fresh, the decor was modern and rustic since it was in an old factory. There was 3 floors, a terrace and another area in the back. It was like a maze of discovery. In the back of the main building was a stage hosting folkloric dancing. There was art, videos and music throughout the museum. 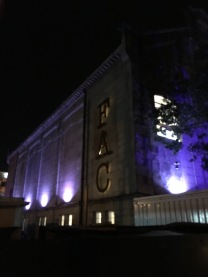 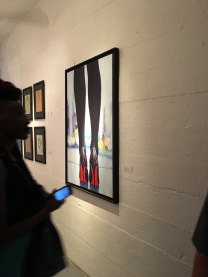 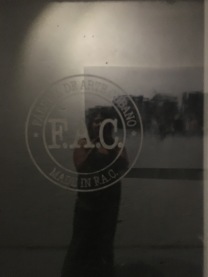 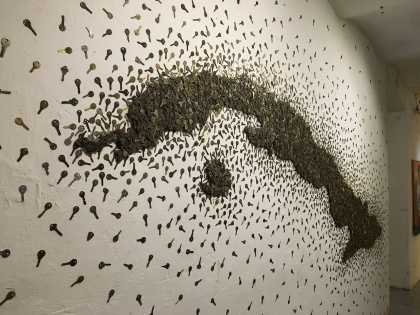 When we exited the museum, we were inundated with cab drivers. The fabrica had their official cab drivers who wanted to charge us 3 times the amount we paid to get there. We continued walking (not far at all) before we found a driver who would take us back for the appropriate amount. So, if you ever go to Cuba, have an idea or at least talk to a trusted local to know how much you should pay for things. Everything is negotiable and everything can be inflated. Know your stuff, people, know your stuff!

The next morning, we packed our things, said our farewells, and headed back home. It still blows my mind that Cuba is only 90 miles from Key West, yet worlds away from us…